The words that distinguish our day-to-day work and the reason our school has been training chefs from all over the world for over 30 years.

Enrolling in our school means having a unique experience: becoming a chef in an internationally renowned school in an exclusive location in the heart of Lucca’s historical centre, supported by the best teachers on the food and wine scene.

To train talented young people who, at the end of our courses, have the professional training necessary to find their place in the restaurant world.

To share our love of cooking with amateur ‘cooks’ by showing them the basics of Italian cuisine.

To host lovers of Italian cuisine from all over the world and accompany them on a journey of discovery of local gastronomy.

The school is located in the historical centre of the city of Lucca, which boasts a strategic position in the Tuscan hills. Our premises offer a kitchen split into 3 areas: the kitchen classroom, where the courses are held; the dining room, where meals are eaten after lessons; and an outdoor garden.

Italian Cuisine has always believed in the collaborative approach and teamwork: this is why our kitchen is divided like a professional kitchen in which everyone has their role and actively participates in the creation of the meal. 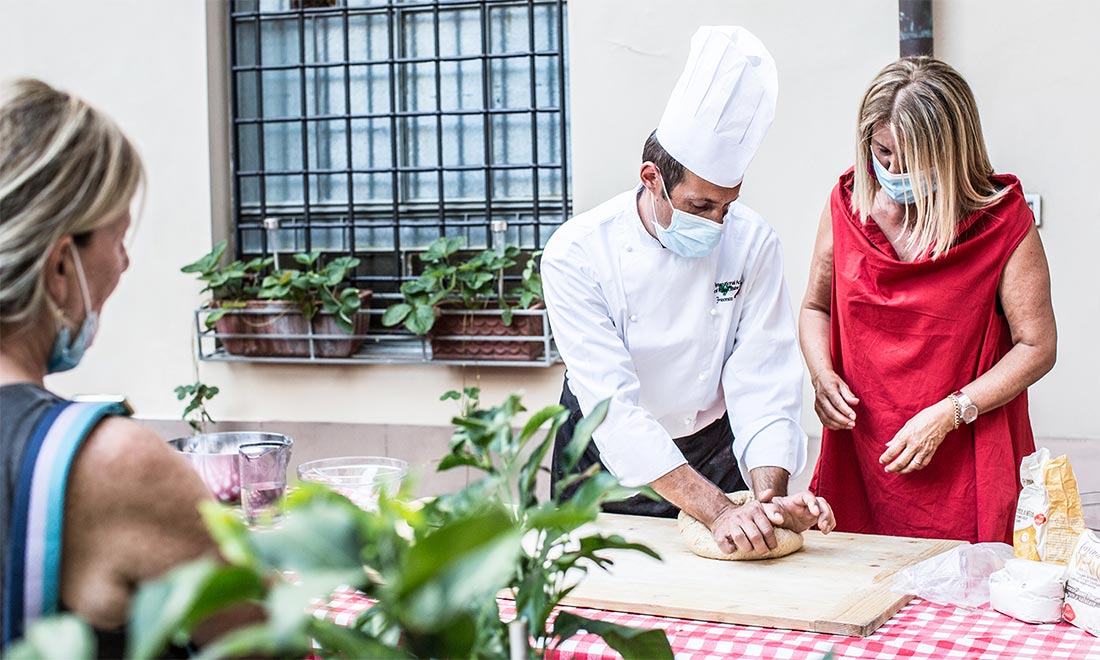 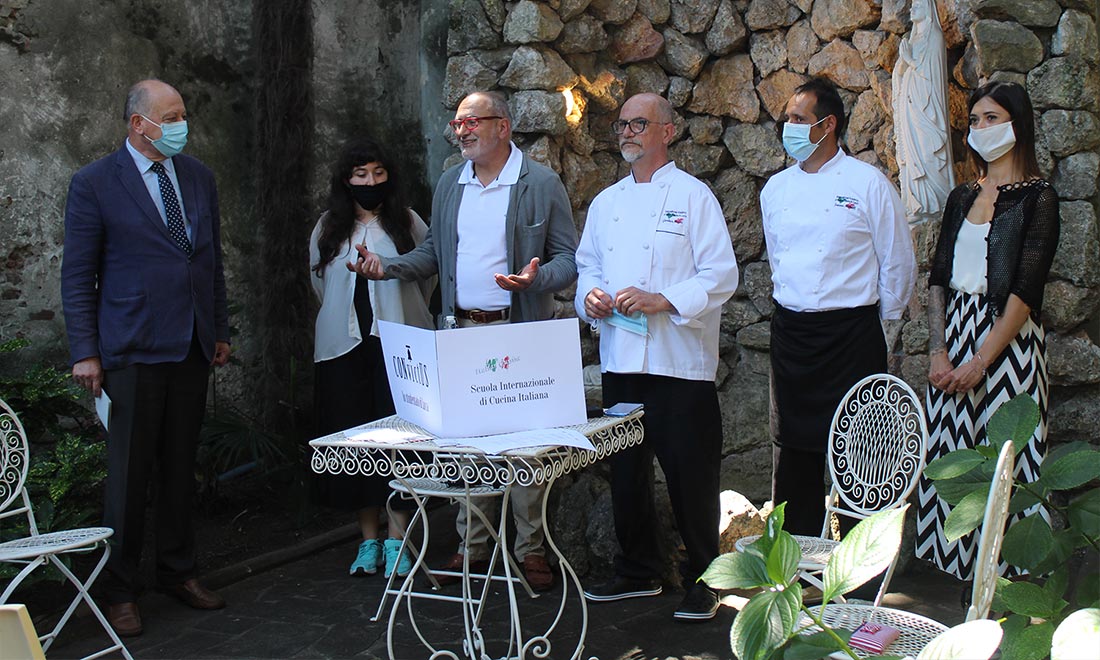 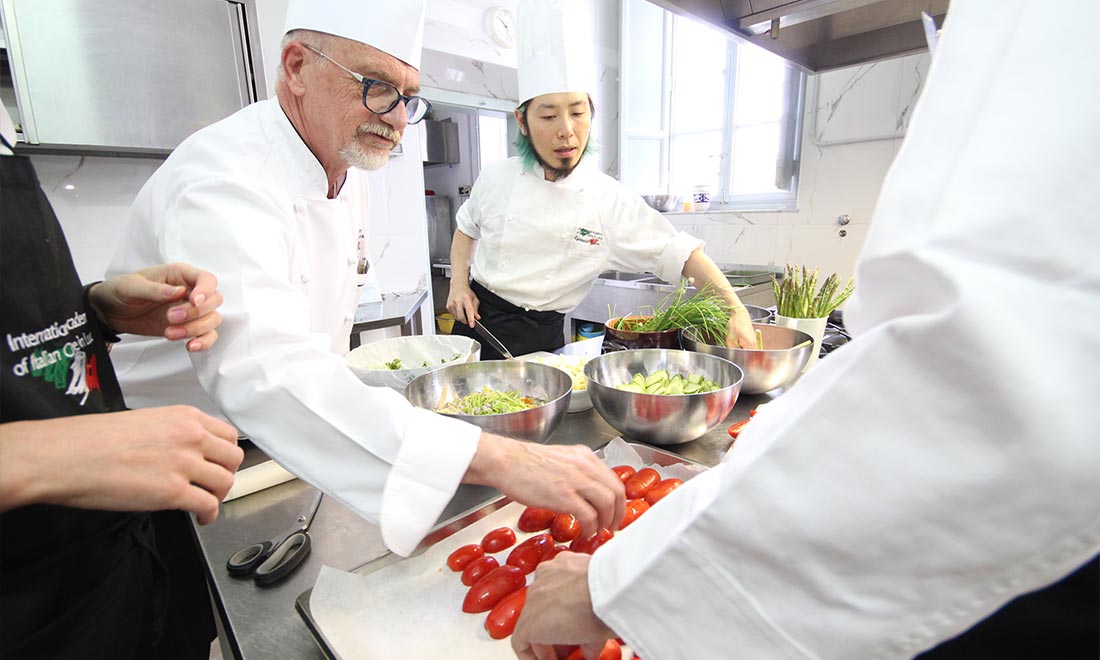 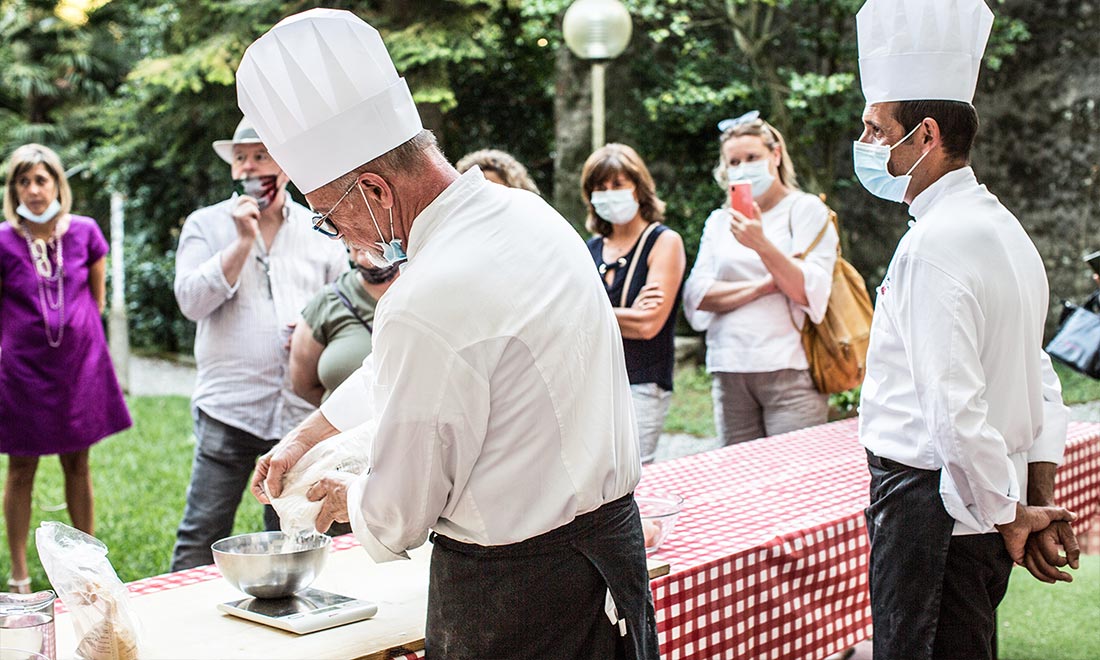 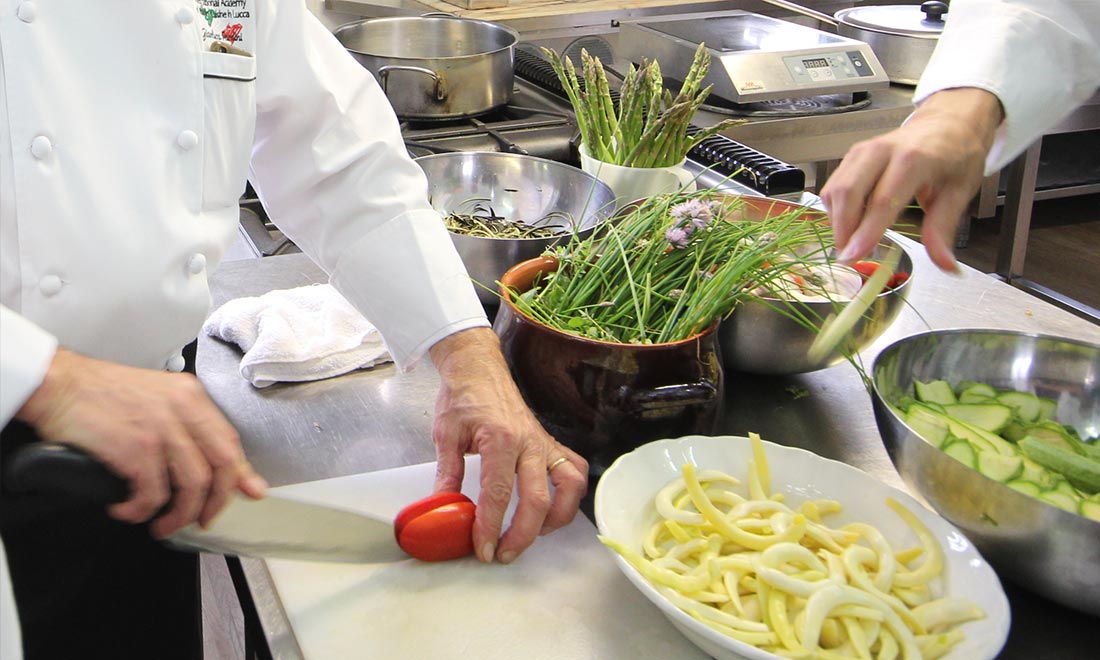 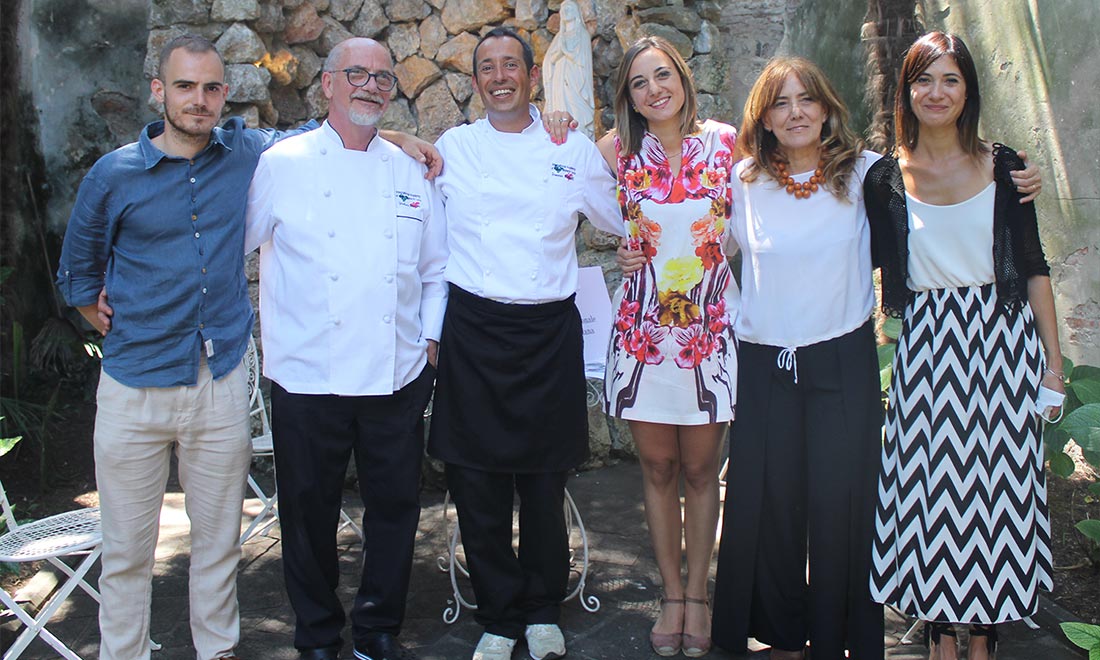 Italian Cuisine is located within the Convictus complex, a residence for off-site students built in a charming former convent of Benedictine nuns.

The origins of this building have been lost over the centuries: it was the site of the city mint; a shelter for girls in need (1600); and thanks to Princess Maria Luisa of Bourbon, in 1826 it became the home of the nunnery of the Sisters of San Benedetto and Santa Scolastica, who lived in the cloister for about 200 years until 2015.
In 2018 it reopened, converted to a student residence while retaining as far as possible the same spirit that animated the site’s collective life.
The students living in the complex are mostly aspiring artists from the world of music, cinema and acting who, by getting to know each other, have the chance to complement one another.
In addition to comfortable rooms in the former convent cells, the residence offers spacious study rooms, a cinema room, practice spaces for musicians, and a cloister-garden with ancient trees where you can exercise and relax.

Our staff have been working together for years to make the school a welcoming and comfortable place for training and development: everybody shares their experience and passion each day: it’s these elements that set Italian Cuisine apart.

Gianluca Pardini's professional career began in Tuscany, where as a kid he worked as a ‘kitchen boy’: aged 20 he worked at the Excelsior in Florence and then flew first to France and then to Japan, where he lived and trained for 4 years.
In 1986, he returned to Italy, and together with his lifelong partner Paola, began running the successful Il Mecenate restaurant.
While managing the restaurant, he gained his first teaching experience, specializing in training Japanese chefs.
Since 1996 the school has been internationally recognised and has become a benchmark for young people who want to train in the field of Italian cuisine.
He has received diverse invitations to hold international demonstrations and master classes on Italian cuisine from Japan, the United States, Russia, Lithuania, Ukraine and more.
In this period he received various awards: Honorary Instructor at Chicago’s College of Du Page, member of the Escoffier association, and guest instructor in many Japanese cooking schools.
In 2004 he received the recognition of Maître de Cuisine and Executive Chef from the Italian Chefs’ Federation.

Francesco is an explorer, which is why his creations involve continuous experimentation. He ran the A Modo Nostro restaurant in Lucca’s historical centre for several years. 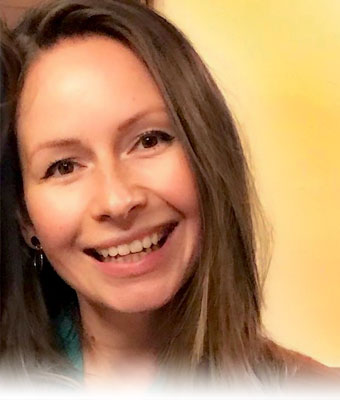 Valeriya works in the back office of the School and she loves to care about the students and all of the people which are interested in the Cooking World. 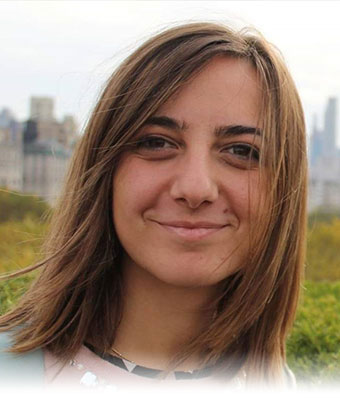 Giulia is the daughter of Director Pardini and is a born talker: she deals with the school’s digital communications. 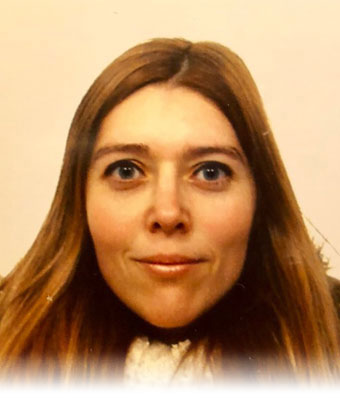 Francesca fell in love with Japan when she was a child: after spending time in Tokyo she decided to return to her hometown. She helps our Japanese students learn Italian and settle in a foreign country. 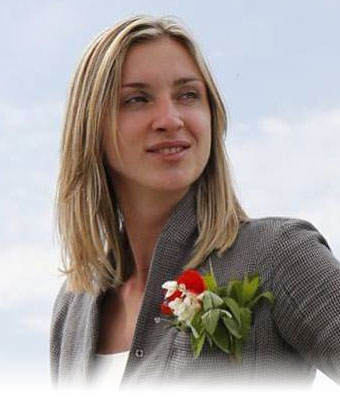 After her first visit to Lucca, Victoria decided that she would put down roots in this Tuscan jewel. Of Ukrainian origin, she plays the role of interpreter for the school’s Ukrainian and Russian clients.

WHERE WE ARE AND CONTACTS

Italian Cuisine is located at 37 Via della Zecca, in Lucca’s historical centre.

Where to park within easy walking distance: Piazza Santa Maria, Via dei Bacchettoni, Mazzini parking in the city centre.

Lucca is only 25 km from Pisa, 46 km from Castelnuovo Garfagnana, 70 km from Florence, and 30 km from Forte dei Marmi.

Subscribe to our NewsLetter now to have exclusive benefits and always be updated!